Three new wide releases and an expansion this weekend, including a couple new favorites.

The Mortal Instruments – City of Bones

This time period will undoubtedly be remembered in film history as a golden age of young adult adaptations.  The Mortal Instruments is the next to grace the big screen with an adaptation of the first book, City of Bones.

Clary (Lily Collins) is a normal teenager – or is she?  Turn out she is a Shadow Hunter – a human decedent of angels who protect the Earth from demons.  She meets dark mysterious new friends who have strange powers and all look especially dark, brooding, and beautiful.  It’s up to Clary and her new friends to save her mother, and the whole world to at some point.

It looks like it could be better than some of the other similar fare, such as Twilight, but doesn’t seem to break any new ground or barriers. 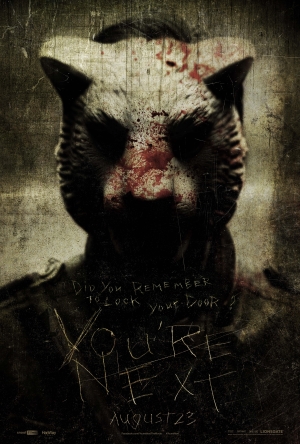 A thriller slasher with a cheeked tongue flavor, You’re Next takes the familiar premise of a group in a remote house being hunted down and turns it on its side.  It is full of gore, jump scares, and surprising hilarity.  With a cast of unknowns, it adds something new and different to the genre.  I recommend seeing it, even if you’re not necessarily a horror fan.

Simon Pegg, Nick Frost, and director Edgar Wright are back together for a third time.  This time for a British version of This is 40 with alien robots.  And lots of beer.  Gary King (Pegg) is thirsting for a revisit to his roots, so he convinces his old buds to try to complete the Golden Mile – 12 pubs in one night.  A feat they failed to accomplish back in the day.  Turns out, however, that their old town is now severely lacking in human residents and The World’s End might not end up just being the name of the pub at the end of their journey.

The whole group is at their best here, and despite some unevenness, including the end, it’s brilliant and funny throughout.  A must see.

Cate Blanchett shines in Woody Allen‘s latest character drama as a woman who has fallen from the top of society to the bottom (at least in her perception). Blanchett is really the only great thing about this movie. Her performance as the fractured Jasmine is terrific, but the film on a whole is not that special. It’s an above average drama with interesting characters, but it won’t win any awards from me. You could do worse though.