It’s Father’s Day weekend and it’s going to be a big one for the box office.  We have a promising superhero blockbuster (with extra fathers in it), an end of the world comedy that everyone but me finds hilarious, and an indie romance expanding to wide release – perfect for a girls night out while the sons and dad’s are having guy time.

This is the End

What if James Franco, Seth Rogen, and Jay Baruchel got really high, gathered all their actor/comedian friends, and made their own version the Rapture novel, Left Behind?  This, most probably.

This is the End also stars Jonah Hill, Danny McBride, Craig Robinson, with cameos by everyone from Michael Cera, to Emma Watson, to Channing Tatum, to The Backstreet Boys and many, many, more.

Playing fictionalized versions of themselves, the group of Hollywoodites find themselves trapped together, hunkered down, trying to weather the apocalypse.  Not going to work.  Crude, raunchy, sacrilegious, disturbing, bizarre, and generally effed up, this is a good time if your idea of a good time is destroying brain cells quickly. 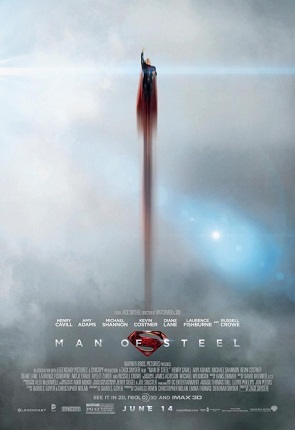 It hasn’t been since 2006 that Superman graced the silver screen, and even longer since anyone cared.  DC has a lot riding on this reboot though as it will hopefully launch their own cinematic universe in the same way Marvel used Iron Man.

This is about as near a perfect Superman film as we could have hoped for.  Go see it.

This indie film expands into wide release this weekend.  Here’s my synopsis again:

The final (?) chapter in what must be one of the most drawn out trilogies ever, Before Midnight follows Before Sunrise (1995) and Before Sunset (2004).

A different type of romance, the three films follow the lives of two people – Jesse (Ethan Hawke) and Celine (Julie Delpy).  Strangers who meet on a train in the first film, Jesse and Celine share a meaningful night together.  Nine years later, in the second film, they enter each other’s lives again when Jesse writes a book based on that night.  Now, once again nine years down the road (both in our time and story time) we pick up with the two of them are living together, parents of two girls.

I didn’t see the first film, but enjoyed the second, and the two are critical favorites.  At the very least, it’s an interesting way to film a story.  If you like romance and want something a bit different, Before Midnight is now playing in five theaters in New York, Austin, and LA and will be expanding to more locations in the coming weeks.