You’ve got a full slate to choose from if you’re headed to the movies this weekend.  There’s family friendly animation, a romantic dramedy, the year’s first action-filled blockbuster, and an odd – and a bit controversial – art flick.  Let’s get previewing, shall we?

The first of two “The White House is being attacked by terrorists” movies coming out this year (three if you count the new GI Joe movie), Olympus has Fallen stars Gerard Butler, Aaron Eckhart, and Morgan Freeman in an action movie so over the top and outrageous, you have to see it to not believe it.

Mike Banning (Butler) is a secret service agent relegated to a desk job after a tragic incident.  Luckily for everyone, being on the outside of the action is the perfect place for Banning to be when things go south.  With the leader of the country taken hostage, the White House in flames, and seemingly all of DC’s police force gunned down, this is a one man army kind of job.

First off, the action is pretty much first rate.  It’s gritty enough to avoid most of the cheese that often befalls such flicks, but over the top enough to satisfy the need for a testosterone soaked blockbuster.  The problem is, it asks us to take it seriously and there is nothing real about Olympus has Fallen.  I wanted to like this movie, but hitting myself in the forehead in disbelief proved to distracting for that to be a possibility.

Starring the voices of Emma Stone, Nicholas CAge, Catherine Keener, Clark Duke, Cloris Leachman, and Ryan Reynolds, The Croods is about a cavegirl, Eep who wishes there was more to life than being hidden safely away in a cave with the rest of her family.  Everything is going as smoothly as can be expected for a bunch of neanderthals until slightly more evolved Guy (Reynolds) shows up bearing “belt,” fire, and the news that destruction is coming. Turns out this is the part of the story where Pangaea is about to go out of style.  Soon, you guessed it – a road trip to “Tomorrow,” where they will all be safe. But not before some adventures.

The animation is gorgeous. Itt is vibrant, lush, and lends itself well to 3D. The world created has definite echoes of Avatar’s Pandora with active plant life, and a variety of creative creatures that seem to be pulled from Avatar: The Last Airbender’s library of oddly combined animals. The story knows where it’s going at all times, and so do you, but at least it has a lot of fun along the way. There are two things that keep this from being a good looking piece of cardboard. The cast is great and creativity is never lacking. 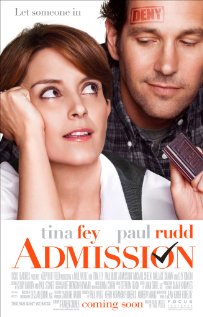 A dramedy about college admissions, this Tina Fey and Paul Rudd vehicle is surprisingly short on laughs but big on heart.

Based on the novel by the same name, Admission focuses on Princeton admissions officer Portia (Fey) who is on the fast track to taking over the department when the current head (Wallace Shawn) retires at the end of the year.  As part of her bid to appear the most ambitious in her position she visits a small, unorthodox school at the bequest of the free-spirited teacher there John Pressman (Rudd).  It turns out John is a former classmate of hers and has an ulterior motive for getting her out to his school – he’s convinced that one of his students (The Naked Brothers Band’s Nat Wolff), who happens to want to get into Princeton, is the son Portia gave up for adoption years before.

Despite being billed as a comedy, this is not a raucously funny movie.  It has plenty of humor, but much of it is understated and subtle – there are still the obvious gags showcased in the trailer, but a lot of the humor is less Apatow and more Fey, appropriately.  There is as much drama as there are laughs, and there is a surprisingly large amount of heart to be found, even if it isn’t as much of a romance as you might expect.

There are some surprises to be found here which is nice.  You probably won’t remember it a few months from now, but you could do much worse. 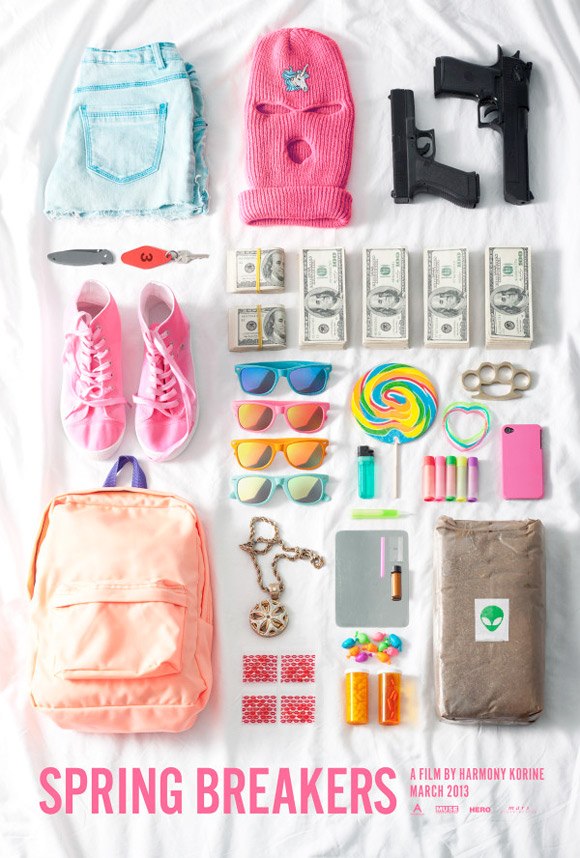 Originally only intended to slightly expand it’s limited release this weekend, positive buzz has this controversial film getting a full on wide release in 1,000 theaters.  In a case of good girls gone bad, Vanessa Hudgens and Selena Gomez – along with Ashley Benson and Rachel Korine – are four college girls who decide to finance their spring break escapades through robbery, getting themselves thrown in jail, and then bailed out by a wild rapper named Alien (James Franco).  Sex, drugs, and violence abounds.

Directed by Harmony Korine, who is known for his controversial art films, this looks to be something pretty unique.  Reviews so far are positive and apparently the film has a lot more to say than the premise might suggest.  I unfortunately did not get the opportunity to screen this one, but if you’re looking for something different and thought provoking – or at least conversation provoking – this could be the ticket.