This is the part of the show where I tell you that there are two wide releases this weekend and give you a little heads up on what to expect.

The plot revolves around a showdown of sorts with the old vs. the new trying to take the headliner show spot and prove they are the best magicians in Vegas.  The trailers and cast look promising but reviews so far have mostly been lukewarm at best.  Still, this looks like it could be worth it for Jim Carrey’s performance alone. 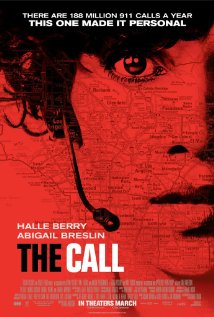 “You can be the difference between someone living and someone dying,” Halle Berry‘s character Jordan says near the beginning of this thriller.  As a 911 operator, she struggles to come to terms with the latter part of the sentiment when, possibly due to her actions, a young girl is murdered.  Fast forward a bit down the road and she’s now a call center instructor, helping others prepare for such situations.  When a kidnapped girl (Abigail Breslin) calls 911 from the trunk of a car, however, the experienced Jordan takes over for a new operator too frazzled to know what do do.  She finds herself plunged into a high stakes race against the clock that will affect her more than she realizes.

What follows is a gripping tale reminiscent of a particularly good Law and Order SVU episode I remember once watching.  It’s exciting, tense, and takes some interesting curves.  The drama doesn’t feel over the top or contrived despite the fact that a big part of plot relies on coincidental circumstance.  It has a very real feel to it the whole time and both Berry and Breslin perform the nerve wracking parts with appropriate intensity.

I was all ready to give this movie high marks halfway through.  The third act ruined that for me though.  It has such promise.  It is tense in all the right ways, entertaining, scary, interesting, and well acted.  I cared about the characters, their emotions running high.  And then the third act.  I can’t stress enough how ridiculous the ending of this movie feels after watching the first three quarters.  I still enjoyed those three quarters though – I just wish it had finished as strong.